The British introduced tea to Sri Lanka, formerly known as Ceylon. The history of Ceylon tea is long. If you are an ardent tea lover, it’s only natural that you need to know more about your favourite beverage.

The history of Ceylon tea goes back to 1873. Coffee was the first plant to be introduced to Sri Lanka, but it was not a very successful endeavour. However, James Taylor introduced tea to Sri Lanka. He had a massive tea plantation. His initiation laid the foundation for the tea industry of Sri Lanka today. Thanks to James Taylor, the tea industry in Sri Lanka is a thriving enterprise, with the likes of Anverally & Sons bolstering the industry.

The Rise of Ceylon tea

The tea crop worked well with the tropical climate conditions of Sri Lanka. After the failed attempt at growing coffee here, the colonials needed an avenue of success. After James Taylor introduced tea, the popularity of Ceylon tea in Sri Lanka grew, attracting tea planters from all over the world. Acres of land in the upcountry were stripped of their coffee plants to make way for tea. At first, this was a heart-breaking step for the planters, but they did persevere, and today, tea is one of the biggest industries in Sri Lanka.

James Taylor learned the technique of plucking, withering, and rolling tea from an Indian tea planter, but he introduced newer methods and techniques to his tea empire. The Sirocco tea dryer and the tea-rolling machine were two of the equipment used in Sri Lanka.

As the popularity of Ceylon tea increased, the first tea auction on the island took place in 1883, with the approval of the Ceylon Chamber of Commerce. With Colombo tea auctions and the Ceylon Tea Traders Association, Sri Lanka started producing tea for export. Sri Lanka is one of the largest and oldest tea auction centres in the world. 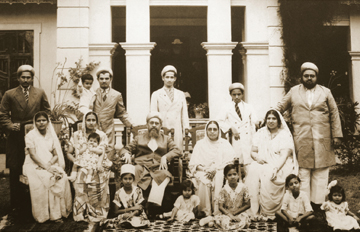